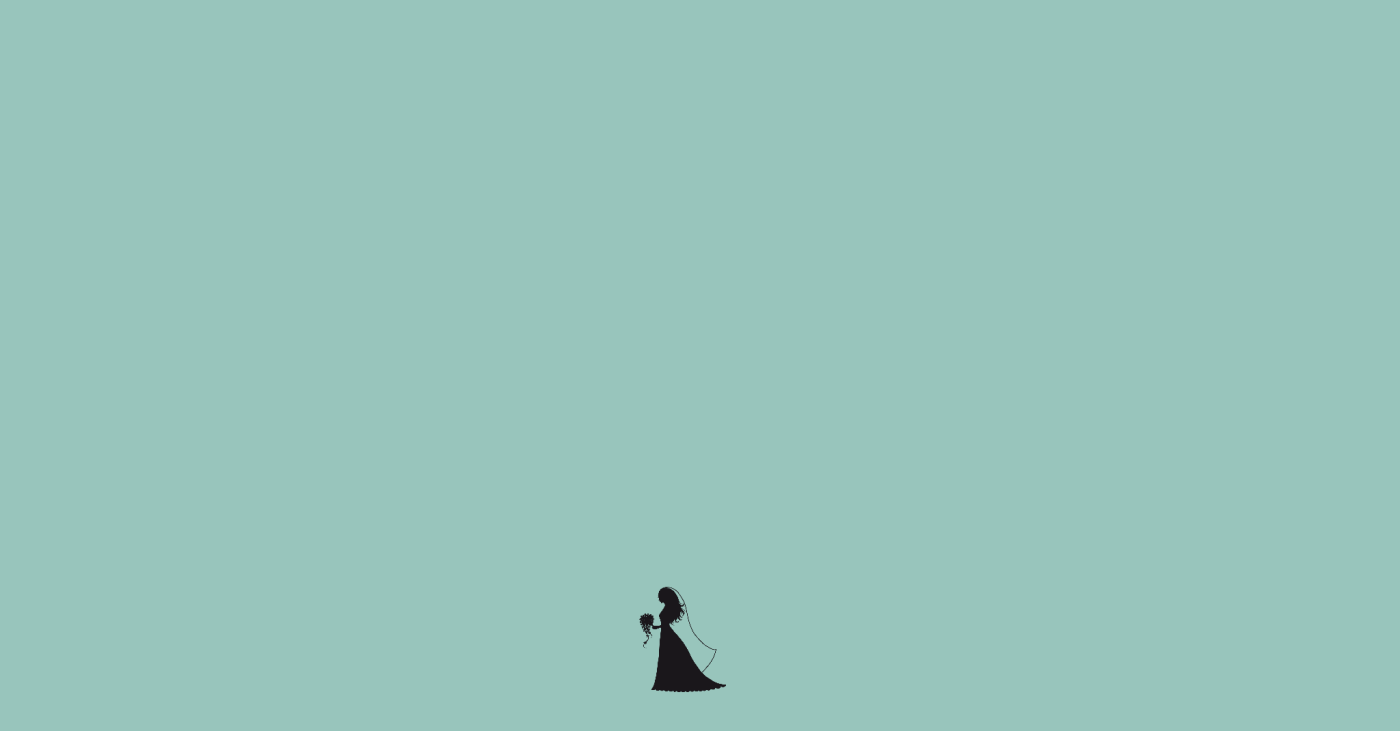 The Bride of Christ has been shrunk.

With an equivocation on doctrinal terms, the Church of Jesus Christ has been shrunk, confined, and truncated.

I’ve recently been told by multiple Reformed churchmen that the visible catholic (universal) Church, according to Scripture and Reformed Confession, is the same thing as the local church. This claim has come from Anglican, Reformed Baptist, PCA, and OPC elders. It is widespread. You might call it malignant. The remarkable thing is that they acted as if this was obvious and not up to debate. They never gave any arguments, but they sure were confident.

You have pseudo-Reformed “discernment” bloggers anathematizing (like some fancy robed Romanists) Christians for not being a part of a local church. This, of course, is the natural consequence of conflating the local church with the catholic church. If there’s no local church, there is no Church.

And then you have the example of a professed Baptist Reconstructionist declaring the Roman doctrine of extra ecclesiam nulla salus.

I am under no delusion. This is not a new error. Many Reformed have been wrong on this and are wrong on this. However, I believe most of the major Reformed confessions as well as Scripture make the proper distinction. At the very least most Reformed confessions allow for this distinction. The local church (or local societies or fellowships that partake in the study of the Word and sacraments ) is an important part of the Church and the life of a Christian, however the local church is not the same thing as THE visible catholic Church. This may seem like an insignificant semantic difference, but what we believe about the Church has far reaching implications.

Many have gotten this wrong but have by God’s grace remained inconsistent and have not followed this error to its logical conclusions. However, consistency does demand startling dramatic and erroneous ideas; namely the ideas of “no salvation outside the local church” and a sort of Two Kingdom Theology.

“As used by the church fathers, the word “catholicity” has three basic meanings. In the first place, they use it to refer to the church as a unified whole in contrast to the dispersed local congregations that make up the whole and are included in it. The local church can, however, legitimately call itself catholic because it attaches itself to the universal church. Secondly, the term expresses the unity of the church as inclusive of all believers from every nation, in all times and places. Catholic is thus in contrast with the nationally identified people of God — Israel. And finally, the church is sometimes referred to as catholic because it embraces the whole of human experience. It possesses perfectly all doctrines concerning either invisible and visible things that human beings need to know; it provides a cure for all kinds of sin, either of body or soul; it produces all virtues and good works, and partakes of all spiritual gifts.”

Bavinck explains three primary meanings of the catholicity of the church.

In regards to confessions, I am partial to the Westminster Confession of Faith‘s concise definition of the visible Church.

“The visible Church, which is also catholic or universal under the Gospel (not confined to one nation, as before under the law), consists of all those throughout the world that profess the true religion; and of their children: and is the kingdom of the Lord Jesus Christ, the house and family of God, out of which there is no ordinary possibility of salvation. WCF XXV.II”

According to the WCF, the visible Church is made up,

I believe this is a good and useful definition. One objection to this confessional definition is that it is not taking into account the rest of Chapter XXV of the WCF. For example, Article III states,

“Unto this catholic visible Church Christ has given the ministry, oracles, and ordinances of God, for the gathering and perfecting of the saints, in this life, to the end of the world: and does, by His own presence and Spirit, according to His promise, make them effectual thereunto.”

I do not disagree at all with Article III. I wholeheartedly agree. What I do not agree with is the assumption that Article III is somehow a continuation of the perfectly clear definition given in Article II. God gave the visible catholic Church (those who profess the Faith and their children) these good and valuable ministries, institutions, and offices described in Article III. God giving the visible Church these gifts, however, does not make the visible Church the same thing as these gifts nor does the absence of some of these gifts mean that what is in question is not truly a part of the visible Church (whether it be an individual or group of believers). It is plain from extra-confessional works that at least some of the Westminster Divines held ecclesiological views that strongly conflated the visible Church with the local church, however the Confession is purposely charitable, allowing room for various differences in polity. Article IV all but confirms this.

“This catholic Church has been sometimes more, sometimes less visible. And particular Churches, which are members thereof, are more or less pure, according as the doctrine of the Gospel is taught and embraced, ordinances administered, and public worship performed more or less purely in them.”

Even though particular (the confession being helpful in saying “particular” for the sake of clarity) churches may err in how they go about formulating doctrine, the sacraments, and worship, even these imperfect fellowships are considered members of the visible catholic Church.

Some may attempt to confuse the meaning of the WCF by forgetting or obfuscating the purpose of the WCF. The WCF was meant as a reform for the Anglican Church. The vast majority of those who were there were Anglicans, not Scottish Presbyterian. Some may want to quote from an extra-confessional document such as The Form of Presbyterial Church-Government of the Scottish Kirk in order to twist the plain meaning of WCF XXV. To understand the meaning of the Confession, we must understand its purpose. It was meant as an unifying document that Anglicans, Presbyterians, and even some Independent Congregationalists could affirm and unite under. This means that documents such as the Form of Presbyterial Church-Government should not be seen as definite tools in defining the meaning of the Confession, as this sort of document served as a sort of Book of Church-Order for a particular group of assemblies. It would be equally logical to quote Article  XXXVII of the Anglican Thirty-Nine Articles to establish a particular polity with the Monarch of the Realm of England as the chief power in all manners both Ecclesiological and Civil.

It is abundantly clear that in order to conflate the visible catholic Church with the local Church within the WCF necessitates reading into the text prior convictions and prior traditions. The WCF went to the trouble of carefully defining its terms. We should pay attention.

The Second Helvetic Confession Chapter XVII is even more clear.

“WHAT IS THE CHURCH? The Church is an assembly of the faithful called or gathered out of the world; a communion, I say, of all saints, namely, of those who truly know and rightly worship and serve the true God in Christ the Savior, by the Word and holy Spirit, and who by faith are partakers of all benefits which are freely offered through Christ.”

Although the Second Helvetic uses language that could be easily confused with talking specifically about local church institutions we should be careful to not apply anachronistic definitions to Biblical language. Here, as in Scripture, “assembly” does not solely mean a local gathering. This assembly, or communion, is made up of “all saints”. The Second Helvetic goes on to expound on a more particular explanation following “namely”. But could the Second Helvetic be meaning that the Church is made up of those who are “partakers of all benefits”, which certainly includes the sacraments?

If we continue reading Chapter XVII, we can see very clearly that the Second Helvetic is not limiting the visible catholic Church (or the Church Militant as this confession calls it) to those within a local church or even those who participate in the sacraments.

“THE CHURCH IS NOT BOUND TO ITS SIGNS. Nevertheless, by the signs above, we do not so narrowly restrict the Church as to teach that all those are outside the Church who either do not participate in the sacraments, at least not willingly and through contempt, but rather, being forced by necessity, unwillingly abstain from them or are deprived of them; or in whom faith sometimes fails, though it is not entirely extinguished and does not wholly cease; or in whom imperfections and errors due to weakness are found. For we know that God had some friends in the world outside the commonwealth of Israel. We know what befell the people of God in the captivity of Babylon, where they were deprived of their sacrifices for seventy years. We know what happened to St. Peter, who denied his Master, and what is wont to happen daily to God’s elect and faithful people who go astray and are weak. We know, moreover, what kind of churches the churches in Galatia and Corinth were in the apostles’ time, in which the apostle found fault with many serious offenses; yet he calls them holy churches of Christ.”

And then we have the testimony of Scripture. There could be many many texts used to serve this purpose, but Ephesians 4 is the most clear.

“There is one body and one Spirit—just as you were called to the one hope that belongs to your call— one Lord, one faith, one baptism, one God and Father of all, who is over all and through all and in all, eager to maintain the unity of the Spirit in the bond of peace. with all humility and gentleness, with patience, bearing with one another in love, I therefore, a prisoner for the Lord, urge you to walk in a manner worthy of the calling to which you have been called,”
Ephesians 4:1-6

A simple question makes this clear. What is our unity based in? Membership in an institution? Our meeting together? No. Our unity is based in our one Lord, one faith, one baptism, and one God and Father of all. Our unity, in the Bride of Christ, is based in our calling to the true faith. Some may say that Ephesians 4 equates the Body of Christ with the local Church because of verses 11-12.

“And he gave the apostles, the prophets, the evangelists, the shepherds and teachers, to equip the saints for the work of ministry, for building up the body of Christ,”
Ephesians 4:11-12

With that said, and leaving for now the other Confessions, historic records, and Scriptures I could appeal to, local churches are part of the catholic Church but are not the same thing as the universal visible Church. They are good, important, and normative. Especially for the young believer (Eph 4:13-14).

Let it be clearly understood that making this distinction between the catholic church and the local church is not an assault on either. It is very true that local, regular, fellowship is very important. However, just because something is important does not make it the end all. Although the purpose of this article is limited to quickly defending this distinction, do not think that this distinction is without importance.

A faith for all of life necessitates a Church that is not confined to particular locations, institutions, and rituals. A Church that is not based on the sovereign will of God in election is necessarily based on something else. The shrinking of the Bride of Christ to even the good and useful institutions of the local church is a reduction and therefore a truncating of the Kingdom of God. As RJ Rushdoony put it,

“The reduction of religion to the church is a modern heresy”

2 thoughts on “The Incredible Shrinking Bride of Christ”